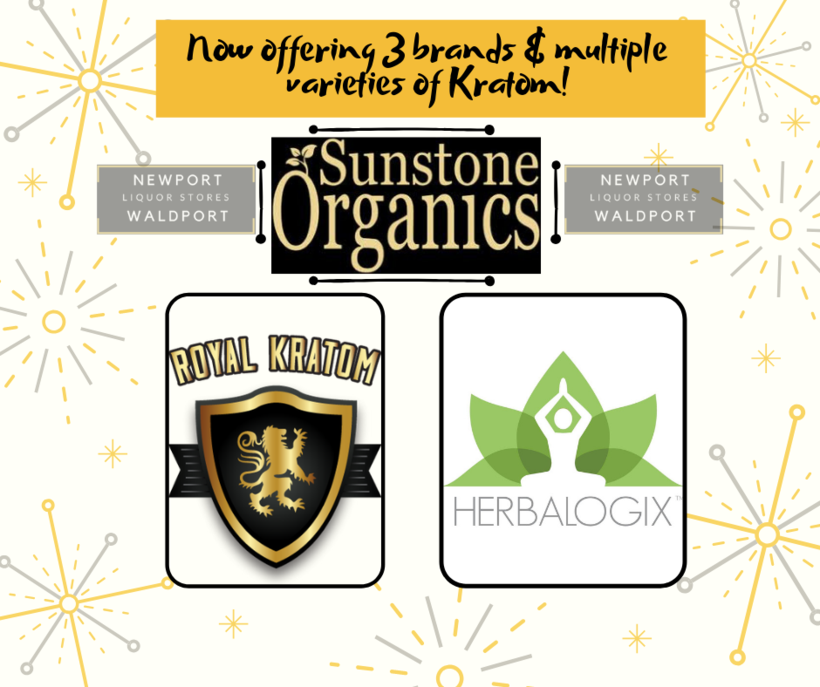 Both our stores now stock three brands of  Kratom. We offer a variety of strains at very affordable prices.

The following information is the opinion of the author and should be taken as such. THIS IS NOT MEDICAL ADVICE. These statements are just opinions that have been compiled from other sources on the internet. Visit AmericanKratom.org for more information.

Kratom, or Mitragyna speciosa, is a tropical tree that is indigenous to Thailand, Malaysia and other nations in Southeast Asia. Its leaves have been consumed in this region of the world for thousands of years, similar to how Americans consume coffee.

Kratom has been described as producing both stimulant and sedative effects. At low doses, it produces stimulant effects, with users reporting increased alertness, physical energy, talkativeness and sociable behavior. At high doses, opiate effects are produced, in addition to sedative and euphoric effects. Effects occur within 5 to 10 minutes after ingestion and last for 2 to 5 hours.

An increasing number of Americans are using Kratom as a natural alterative to caffeine, alcohol and highly addictive pharmaceutical drugs. Kratom is a versatile herb that is used to combat a variety of ailments including: fatigue, pain, depression, anxiety and PTSD. Kratom is now consumed in the U.S. just like other herbal supplements and remedies, as more and more people look to natural alternatives to manage their health.

HOW IS KRATOM CONSUMED?

Traditionally leaves were chewed or steeped into a tea. Today the leaves are dried or powered and used in dietary supplements, as a tea, taken in straight powder form or in capsules. Kratom is used as a stimulant at low doses and for pain relief at higher doses.

WHAT KRATOM IS NOT:

Kratom is not a drug or opiate. Kratom is not a synthetic substance. Naturally occurring Kratom is a safe herbal supplement that’s more akin to tea and coffee than any other substances. Kratom behaves as a partial mu-opioid receptor agonist and is used for pain management, energy, even depression and anxiety that are so common among Americans. Kratom contains no opiates, but it does bind to the same receptor sites in the brain. Chocolate, coffee, exercise and even human breast milk hit these receptor sites in a similar fashion.

* These statements have not been evaluated by the Food and Drug Administration. This product is not intended to diagnose, treat, cure, or prevent disease.